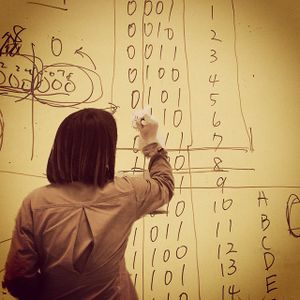 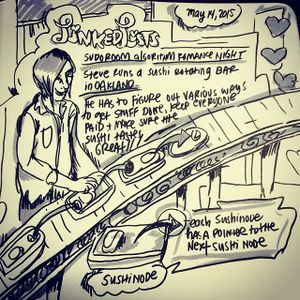 We are not directly affiliated with Women Who Code but we love them because they are awesome!

This is open to men as well.

There is a lot of theory taught in formal education, but when the truth is told, you really should spend at least 60% of your time doing rote memorization. A lot of the best algorithms are not intuitive at all (besides the much maligned Bubble Sort and Selection Sort)

Memorizing the basics makes the learning of progressively challenging algorithms much more intuitive. Most people spend far too much time problem solving and not enough time doing memorization, which is why so many people end up feeling so stupid.

Any language you want!

This is a hot topic of debate. Some people want to make this an "Algorithms in Python Class", which is valid except that most people interested in algorithms would really rather do them in Java or C. What can I say? The only thing that will be hard is that while Python doesn't have any pointers, and C isn't that hard, there just seems to be some kind of psychological issues with it for folks new to programming. (If you could learn Calculus in college, then how can C be that hard??? Come on!!) I mean, everything is still built on top of C, but choose whichever language you want!

Most great courses and textbooks give examples in pseudocode and in C, so you'll be at a total disadvantage if you don't learn C. And of course we all want to progress beyond basic implementation into stuff like theory and math, and all that is the wisdom of the stars. So do whatever you want!

Pointers aren't scary in any case. It's how your computer works. Just you wait until you hit binary!

We meet Sundays 2pm-4pm in the Church classroom and also have individual study group sessions at separate times throughout the week, at Noisebridge.

Held in the Church classroom - purposes are whiteboarding algorithms, learning the deep mysteries of computer science, and delving hopefully into the art and history of why things ended up the way they are today.