We want this[1] to be outside our door. Bakery not included. Don't confuse this with the existing parklet page on converting a parking spots for hackery uses.

As you can see from this photo (taken at Five Minutes of Fame on 21-March-2013), lots of people ride their bikes to Noisebridge! This is a good thing. But, we don't have enough inside bike parking on our bike rack. 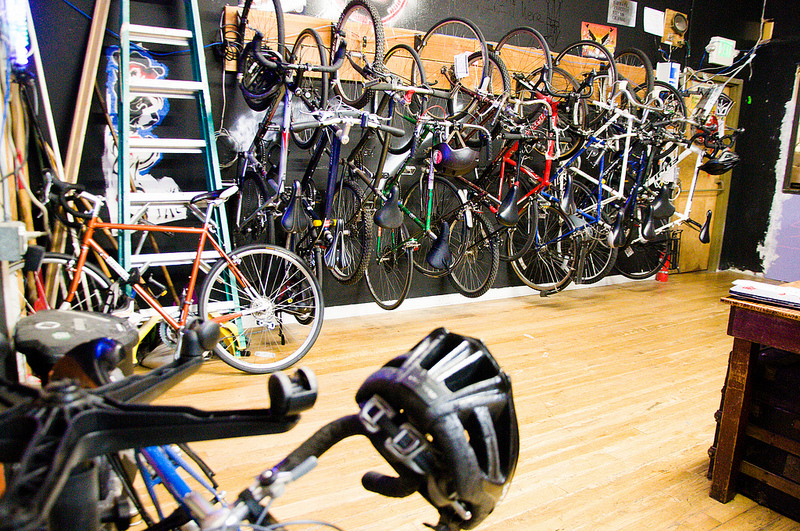 To alleviate this problem, the SF Bicycle Coalition, in conjunction with SFMTA, can be convinced to install a parklet for storing bicycles; they call it an on-street corral[2].

What has been done so far?[edit]

James submitted a proposal to the MTA back in October (See Noisebridge-Discuss Let's Get Additional Bike Parking 10/12 Thread[3]). The MTA is interested, but said it would like to see more evidence of denied bicycle riders. Challenge accepted.
Mitch and others have been asking for photos of bicycle overflow.

What can You do to Help?[edit]

We need pictues of bicycle overflow. Add any pictures you have to bike overflow during the fundraiser, 5moF, etc.

People took nice pictures of the bicycle overflow during the 5-Year Anniversary & Benefit Party on 30-March-2013. (These photos are also at this Dropbox.) 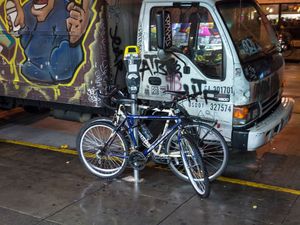 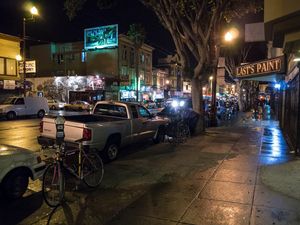 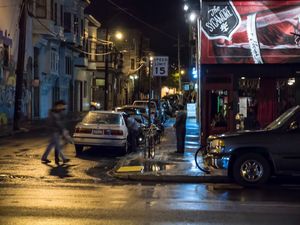 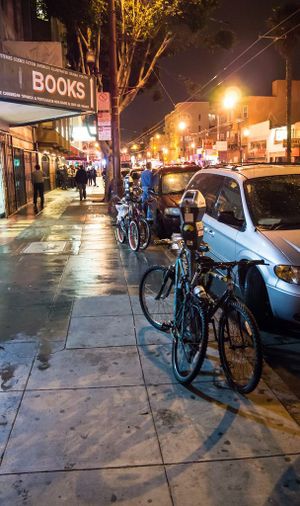 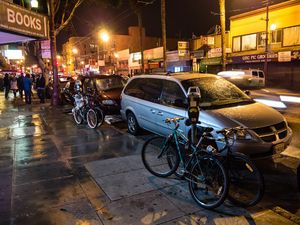 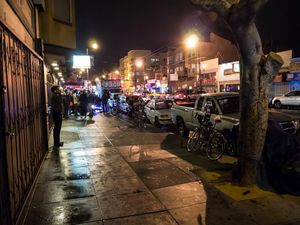 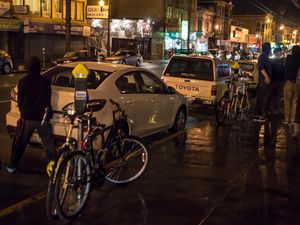