Rubin110 surveryed the situation. The whole of the glass wall in front of him was completely covered with boob. Mitch's nipples must have been 3 inches thick , and 5 inches long now. Her aereola were over 14 inches across each. Suddenyly, there seemed to be a change going on. Mitch's breasts seemed to contract in a way. They got less soft, and started to firm up and try to attain their natural shape. The shower wall started to groan, like a ship that was going down. That popping, creaking sound you always hear in movies.

Mitch could barely process the feelings she was experiencing. Her breasts were going through their "plumping stage" as she called it, and the pressure on all sides of her seemed to suddenly start multiplying many fold. She could feel that her letdown was coming, and soon she was past the point of no return, getting pulled inexorably towards the edge of the waterfall.

Rubin110 didn't know what she meant for a moment, then he started to see what was happening. Milk was seeping out from Mitch's nipples, he could see it through the glass. Mitch was upset because the wall hadn't given up yet.

Crack!!! Rubin110 nearly jumped out of his skin at the sound, The pane of plexi that made up the shower door had cracked near thigh level. The door was bowing out, and about 6 inches or so of breast flesh was forcing it's was through the opening. Rubin110 could see that the main wall was bowed out about 6 inches or more along the line between Mitch's nipples. It had to be nearly ready to go he though.

Mitch was nearly despondent. She wanted this to work so badly. It was irrational, she knew that, but it just was. She couldn't question it any more. Her letdown reaction was starting, and she wasn't done with her task yet. She felt herself start to fall over the edge of that waterfall, and just as she was reaching the edge, where that greatest rush happens, something changed. She was suspended right there on the edge, in ecstacy, but not falling through it. She didn't know what was happening, but it was a mind blowingly good feeling. Her breasts felt like they were similtaniously on fire, and flowing with endless amounts of milk that quenched those flames. A perfect ying and yang of orgasmic energies.

Mitch was too far gone to realize it, but the huge pressure built up by her breast's drive to achieve their natural shape had sealed her nipples to the front wall so tightly that her milk couldn't escape if it wanted to. From Rubin110's perspective he could see that milk was indeed leaking around that seal, and shooting out at high pressure like a water pipe leaking in a submarine that's just suffered a near miss from a depth charge. The leakage wasn't as much as Mitch was still taking in though.

Crack! finally a crack formed in the wall of the shower. It was a spider-web crack, centered on Mitch's left nipple. With a sound like 10,000 plastic bottles being crushed in a giant trash compactor, the crack slowly started to expand. Mitch was positively thrashing around behind all of that boobage, clearly in a state that most humans never experience. Her brain was overloaded with feelings of intense pleasure, as she experienced a tremendous, and seemingly endless letdown reaction, on top of an orgasm to end all orgasms.

PING!! Another spiderweb crack formed, this time centered on her right nipple. What was that old cliche again?

The sound now was nearly deafening. Rubin110 backed away and to the side, and just in time.

the wall gave way with a thundrous crash, and Mitch's otherworldly breasts fired into the room with the force of a small bomb going off.

"ANGEL!!!" Rubin110 rushed over to get to Mitch as soon as the threat was clear, only to be greeted by a spray of milk so powerfull it nearly blinded him. The milk was spraying against the mirrored wall so hard it created a back-spray that formed an intense mist.

Rubin110 could hear Mitch screaming, and he turned toward the screem only to run into a wall of boob armpit high on him. Not to be detered, Rubin110 lauched himself up onto Mitch's mountainous right breast, only to find is was so slick with milk and soap that he slid right down into her monumental cleavage, head first. He started to slide down into a that bottomless chasm, only to find it wasn't bottomless. His head popped out into an air space near the bottom, his impossible hard erection, so violent it literally hurt by this point, jammed into Mitch's breast as if he was poking her with a really thick broom handle. Rubin110 turned to his side so he could slide through, and fell to the floor. He could barely breath under here, and realized this wasn't a sustainable situation, so he turned and fought his way to a sitting position, with the intent to stand. From the sitting position, he couldn't breath at all, and as he scrabbled to get his feet under him, he felt himself getting light headed. He reached desperately for the sky with his hands over his head, trying to stand, but he simply could get his feet under him. They kept sliding on the milky soapy floor. As he approached blackout, a thought passed his mind. Not exactly how he would have guessed he would die, but as dying goes, this one had to be somewhere near the top of the list. Finally, just as he was about to pass out, a hand grasped his own, and pulled him up to air.

It was Mitch of course. She could feel him squirming in there, and had thrust her hand in to try to help. The little help she could offer was all he needed to get his feet under him, and he found himself standing shoulder high in boobs. The sound of rushing water, or rather milk was tremendous, and he was staring into the bewilderingly green eyes of his soulmate, who was obviously on some other mental plane at this point.

Mitch could feel everything happening to her, but somehow Rubin110's situation snapped her into a different mental state for a moment. Everything felt extraordinarily brilliant. Light was brighter, smell was stronger, touch and taste were amplified to the nth degree, but somehow hearing was almost muted. She looked into Rubin110's blue eyes, and realized all she wanted.

"Come to me lover." She said with a strange otherworldly calm.

She reached out her arm, and helped Rubin110 wade through the canyon of her cleavage until he was right up against her. She could feel the heat of his impossibly huge errection against her lower stomach.

Mitch reach forward as far as she could wih beaconing lips, and their lips came together like an explosion, then his tongue followed like the flames that follow it. Both of their worlds ceased to exist outside of the feelings of their neathers, mouths, hands, and in Mitch's case especially her breasts. It was like the original trip down the rabbit hole with the cure, only better as she was in control this time, and she got to bring her best friend in the world along for the ride. Mitch reached down into her cleavage, and guided Rubin110's impossibly swollen member to the promised land.

Everything went white, and hot and molten. Time desolved, and all was right with the world. 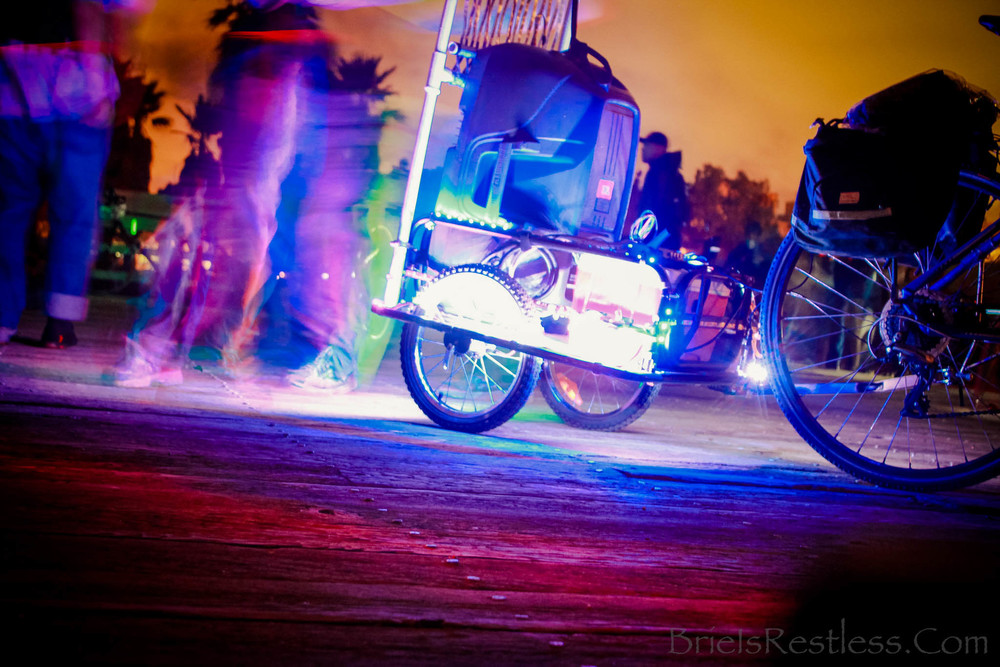 East Bay Bike Party and the San Francisco Bike Party are monthly events in which people decorate their bikes and ride around town with good music, beer, and 810978479 blinky lights.

How does this intersect with noisebridge? Well everyone likes bikes, and we've got a couple of soldering irons! So lets have a Bike Party Light Party.

Come to Noisebridge on a Friday night and learn how to decorate your bike with programmable LEDs. In particular we'll be soldering Teensy 3.1 microcontrollers to WS2812B LED strips then using zipties to stick them on your two wheeled steed. Everything gets powered with a USB battery pack. These things are super lightweight on power and even the smallest of packs will make you go blink for hours at a time.

October will have a class every week to cover these topics:

Victoria will be the host of these sessions. Every session starts at 6pm and runs until we're done.

Buy one of these LED strips if you don't already have some lights: https://www.amazon.com/dp/B00ZHB9M6A/

One of those packages will come with enough lights to cover your bike twice in blinky goodness.

You'll also want to acquire a Teensy 3.1/3.2 device. Victoria will have some available for purchase each week.

Add your name below: