We can make smaller versions as Station Donation Signs to ask for donations for using expensive high-maintenance machines like the Laser Cutter and 3D Printing machines.

The modified for laser-cutting and LED use version mockup will go here:

A first draft mockup of the redesigned sign with vectorized lettering suitable for laser cutting of wood once it has the right scaffolding lines added to it. The vectorization wasn't perfect so there may be some additional cleanup on the lettering or redesign ideas to be done if anyone has suggestions. The LED areas are mocked with fake LED sign bitmaps pending a decision on what the actual LEDs shuld be like or if we could get a big LED matrix to back the whole sign so all the lettering could animate via Flaschentaschen protocol. 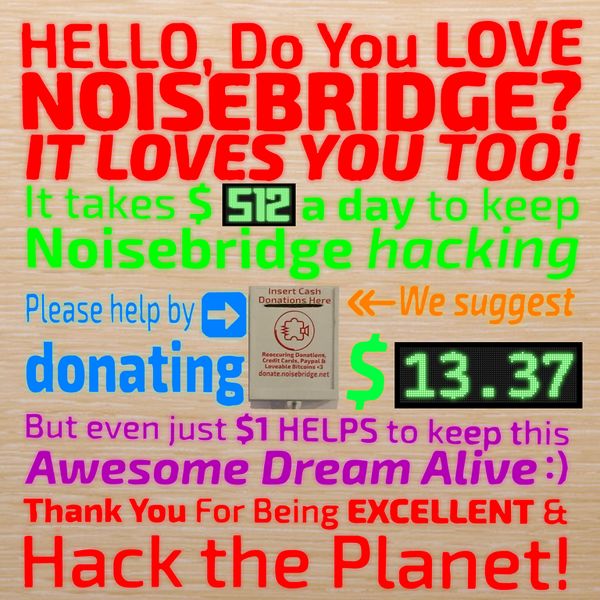 The original file with cleaned up layout and vectorized letters are too big to upload to wiki, it will be in #fundraising in slack as it gets iterated on till finalized.

What do people think about it?

The cut up translucent version: 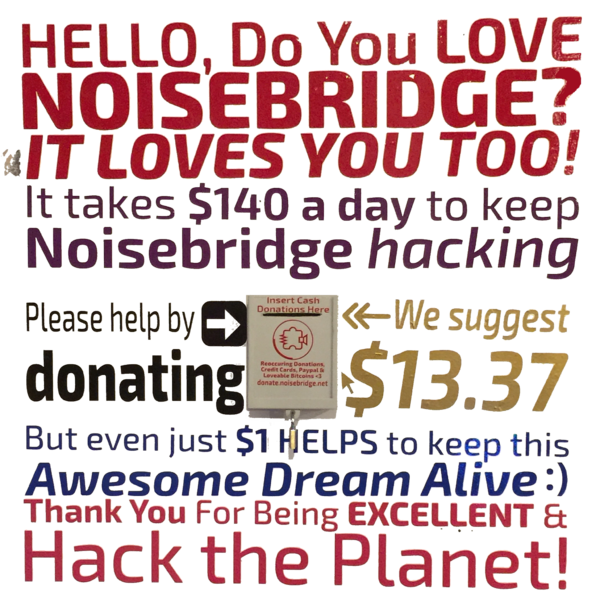 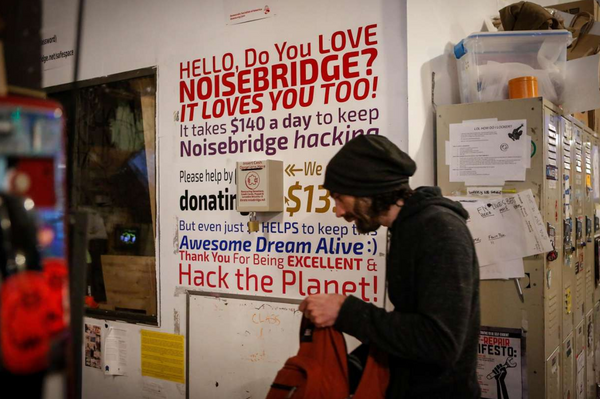