The Award Winning FlaschenTaschen is a 10’ by 9’ (3m x 2.75m) video display made out of clear glass bottles, milk crates, RGB LED strings (with a total of 1575 LEDs), and a controller board. Each bottle is capped with a single addressable RGB LED. The bottoms of the bottles act as lenses for the emitted light. The project has a German name as homage to c-base’s Mate-Light project. After seeing Mate-Light at Chaos Communication Congress, we were inspired to build a similar project at Noisebridge to present at the 2016 Maker Faire. 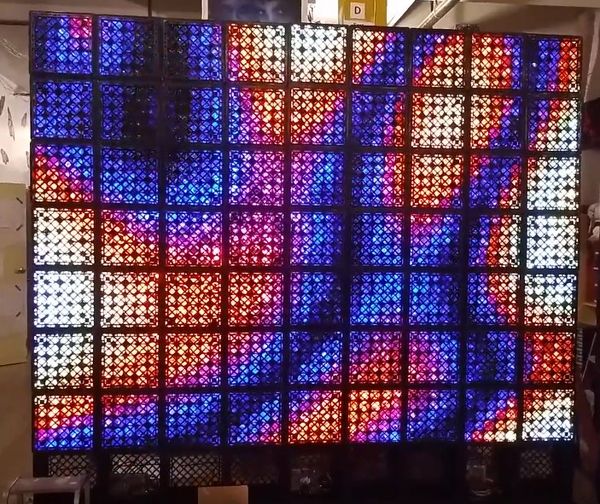 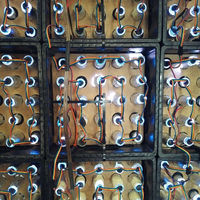 There is a C++ and Python client library that you can use right away to send images to FlaschenTaschen including a couple of examples. It is simple to write your own client in any language that supports networking (See protocols section in documentation). 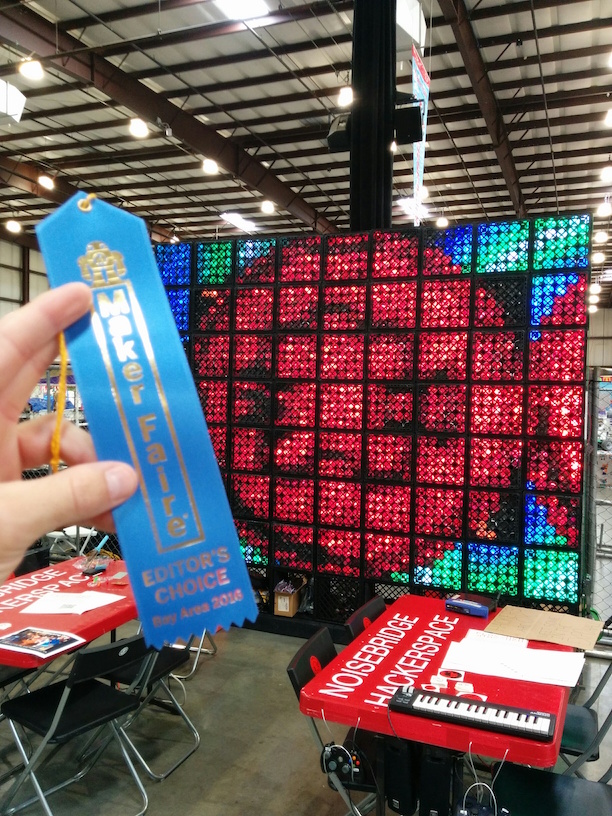 teh blinky RGB LED's are driven by a WS2801 chip, that uses a clock (green) and data (white) line, that are operated similarly to APA102's, but are not identical in practice.