Phasor~ is a patching group for data flow environments[edit] 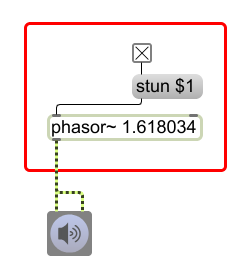 Phasor~ meets irregularly at Noisebridge - 2169 Mission St., San Francisco - and at other locations around the San Francisco Bay area.

If you'd like to hang out and work with us, join the Google Group and jump in.