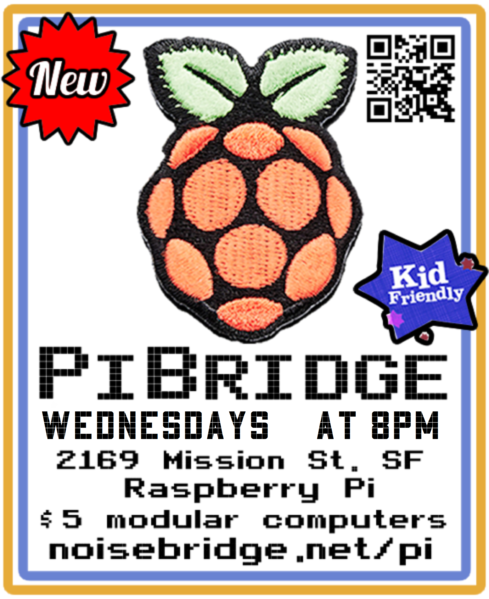 However; Monday there will be a large Meetup for Circuits and the Arduino Kits are available wiring an Arduino with Raspberry Pi is an excellent way to facilitate matriculation and opens up many coding projects in scratch to Arduino for beginners.