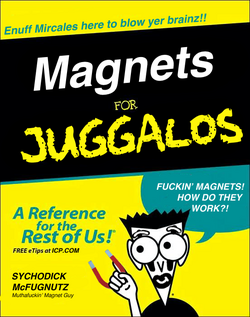 It has come to our attention that the fans of the band "The Insane Clown Posse" (Juggalos) lack basic scientific understanding on subjects like magnetism, light, and nature. Fortunately, several of these Juggalos will be outside the Warfield Theater on June 5th, 2010, and we feel this is the perfect opportunity to resolve their ignorance.

To that end, we will be setting up a Science Fair outside the Warfield between 6pm-8pm to demonstrate several of the scientific principles which seem to cause the Juggalos such confusion. 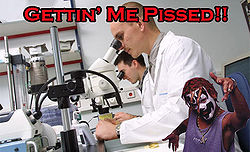 If you would like to teach science to Juggalos, please prepare a hand-held scientific demonstration based on any of the subjects from the ICP song 'Miracles'. We will be hosting a planning meeting to discuss our science fair projects at 7pm on Wednesday, June 2nd, at Noisebridge. You don't have to come to the planning meeting to participate, just show up on Saturday.

Several Juggalos don't want to talk to a scientist. They feel we be lyin, and gettin them pissed. For this reason, we would like a couple of volunteers to act as security for our scientists and documentarians. 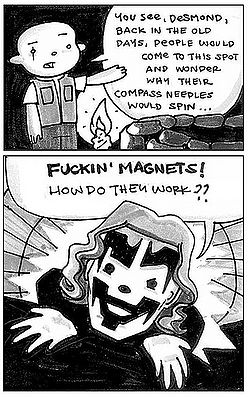 Magnets are not miracles! 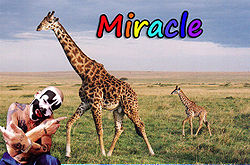 Giraffes are not miracles!

Laszlo would like to present cognitive dissonance theory as an explanation for how misattributed anger toward scientists can lead to their mischaracterization as motherfucking liars.