Noisebridge's skylights are boring and dull.

In all of Noisebridge's skylights, a set of RGB LED strips at the base. Each controlled by a standalone microprocessor connected via ZigBee, with the network as a whole controlled by a RaspberryPI base station.

The system should be as Anti-Fragile as possible: 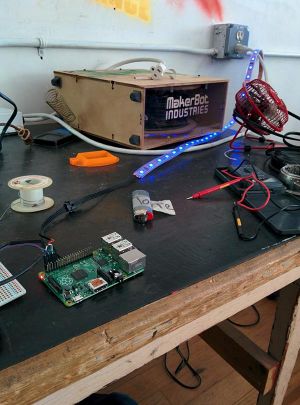 Currently in the prototype stage, but here's what is allocated:

This is being developed by User:Tdfischer using the following milestones. Help is welcome and encouraged :)