Difference between revisions of "User:Sid"

Guess if you don't know me already, or would like to know a little more, then I can oblige. I am a hacker and I'm proud to call myself one of the elite. I can disassemble, reassemble, alter, change, and manipulate anything from electronics, software, and life.

I view things not so much for appearances but for an accumulation of their working parts and points of failure.

A resume can be provided for anyone who asks. For now, I will just point you to the [linkedin] as it works for about any job I set my sights on. Or email me.

I will be adding various projects I am involved in. Bear with me. Documentation is to come. 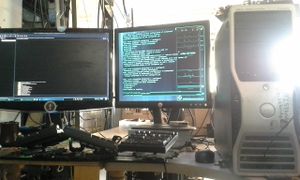 I am working to make our MediaCenter‏‎ more artistic using the seashell case to replace the Dell I previously built as our needs for A/V should not be an eyesore.

Part of setting up the A/V properly involves re-routing all the media and network cables through the hidden areas behind the member shelves. Which brings me to the next order of business: 2014MemberShelvesCleanup. As I am already assisting with a roundup and repair of the A/V for 5 minutes of fame, I would invite users with old projects they would like to part with to do so, or shoot me an email and I would be more than happy to assist you with whatever I can do. It looks like hell back there, folks! 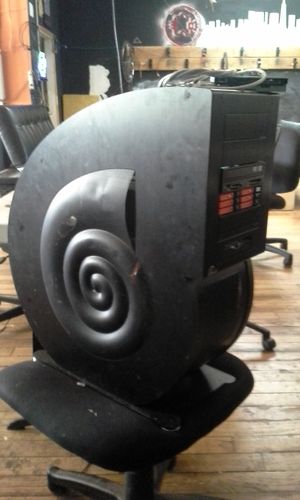 Campbell's Sticky Note idea to deal with Member Shelves: Add a sticky note to items that don't seem to be in use, saying “THIS WILL BE MOVED IN 3(?) MONTHS!” and then come back to it later and see if it's been touched.

I will be hosting a set of hacker games intended to teach network security and I figure the best way to teach it is to let students have a safe area to attempt hacking without fear of persecution or incarceration. I will be adding coursework, a private hacking network, Virtualization Server Sleipnir for vulnerable vm hacking, and the rules, if any, shortly.

I have named this game 2014WarGames in memory of wargames

Also, we are upgrading the lighting to LED's throughout the building and, with my personal experience building Savonius wind turbines, together we can get our lighting, charging, and basic electrical needs off the grid.

The outside camera finally ceased to operate entirely. I ran new lines and even gave some night vision upgrades 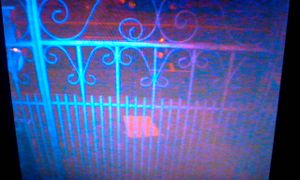