Vinyl cutters take paper-backed vinyl and cut them robotically. They talk HPGL. HPGL can be generated from various vector tools.

Quick params:
Cut speed - this depends on the complexity of the cut. 10mm/sec for complicated cuts, up to 200mm/sec for big stuff.
Cut Press - play around with this - 50g works well.
When cutting the printer cuts 7% larger than the mm scale in inkscape, so for size-precise cuts, downscale by 7%. 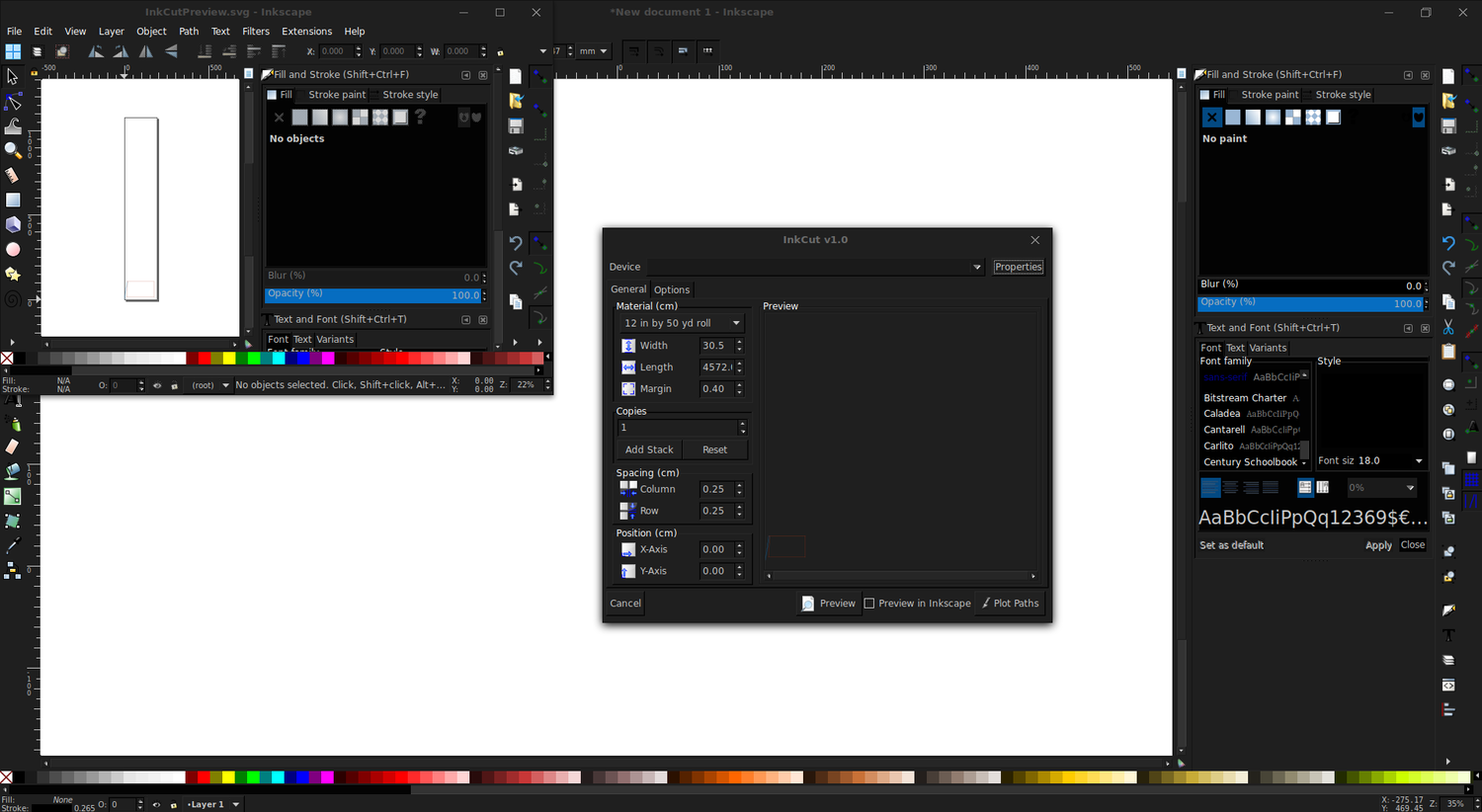 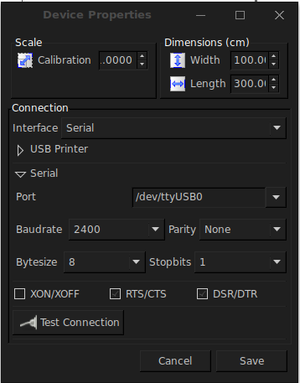 If you have a PostScript file[edit]

If the above is way too complicated and you are like Henner, just write your stuff directly in PostScript (or generate it otherwise), convert to HPGL and send it to the plotter in a one-liner without leaving the comfort of your shell.

Make sure to set the plotter to 9600 baud before, the 2400 baud mentioned above in the InkScape setup seems to not work and run into buffer-troubles.

The pstoedit command converts the PostScript file to HPGL, which is the command language typically used by pen plotters or vinyl cutters. We need to scale to 0.98425 because the cutter seems to have 1/1000" units instead of standard HPGL 1/40mm. The -dt option makes sure to trace letters (the cutter can't deal with text otherwise). Note, only text sufficiently large makes sense on the cutter.

The socat command sends the HPGL output of the previous command to the serial interface. It is useful in itself if you already have a HPGL file and want to send it over.

The Threed 3d printing workstation is also set up with inkscape and pycups/pyserial and can by used for vinyl cutting. To use, plug in the usb, open inkscape, and follow the instructions above.

It was suggested that Noisebridge should have a vinyl cutter, which can be purchased for ~$300.

If you would like to contribute funds toward it, edit this page to add your name to this list:

If people opt to get the 50" model, the following people will contribute money