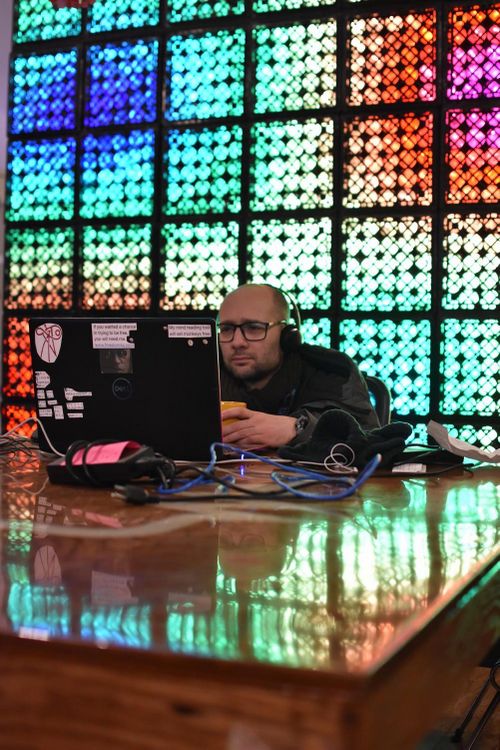 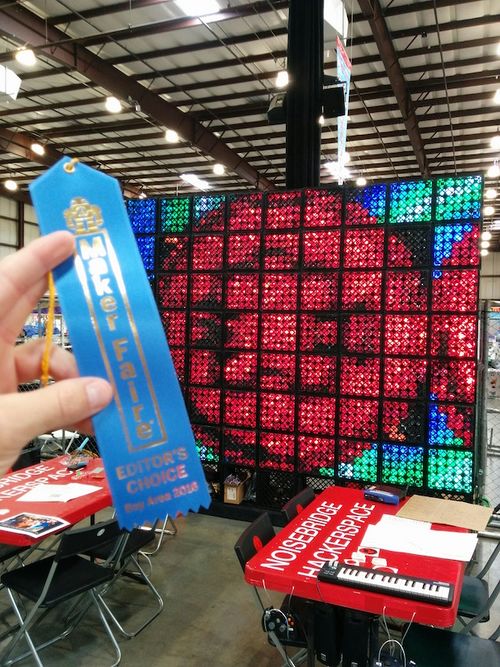 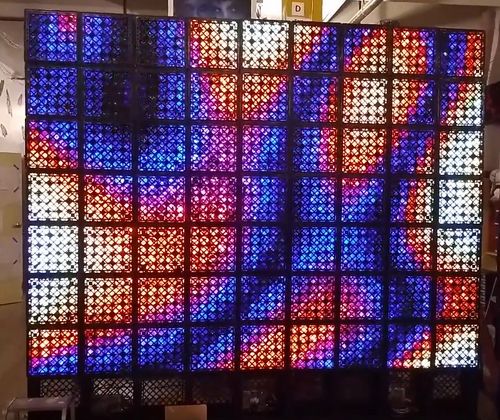 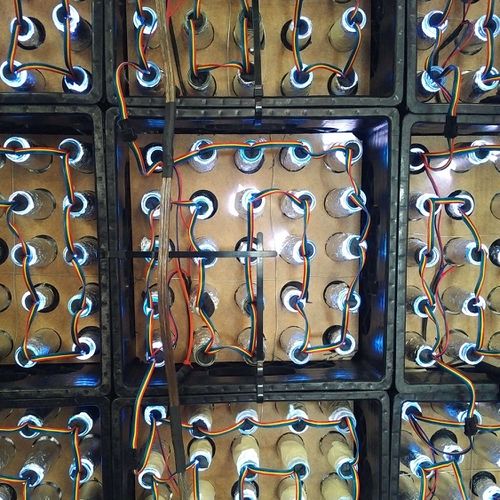 Backstage view of the crates that power it.

If you are at Noisebridge at 272 Capp and on our wireless, you can go to http://led-square:4444/ and use the code examples at https://github.com/noisebridge/ft-web to mess with the LED display(s)! Thanks to dana for getting this running again!