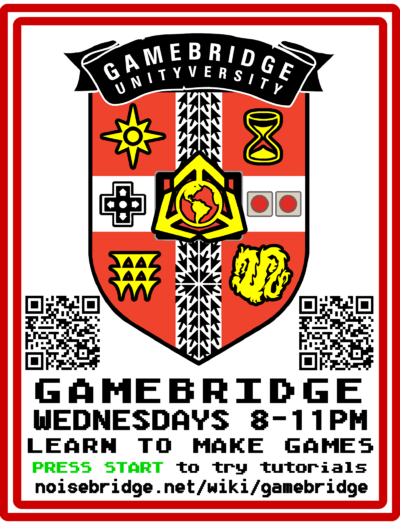 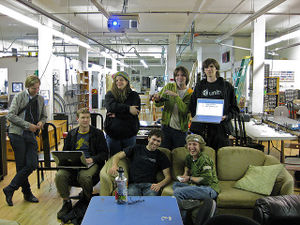 Come to Noisebridge Wednesdays & Saturdays to learn to make games, music, and art! We do game development with Unity C# and other engines

Gamebridge is one of the longest running Unity game dev meetups in the Bay Area, having started in 2010.