Using the laser cutter to cut out a vector image is straight forward. this page shows various techniques for cutting non-vector objects such as text or raster images focussing on using inkscape.

Most machines which run from vector files use paths. A math is basically any line, straight or curved, which has a start point, a direction, and an end point. This can be translated directly into codes the controller can follow. It tells the controller where to position the laser, when to start firing the laser, where to draw and where to stop the laser. Our laser cutter does not use g-code, but g-code is the defacto standard for machine controlled motion. 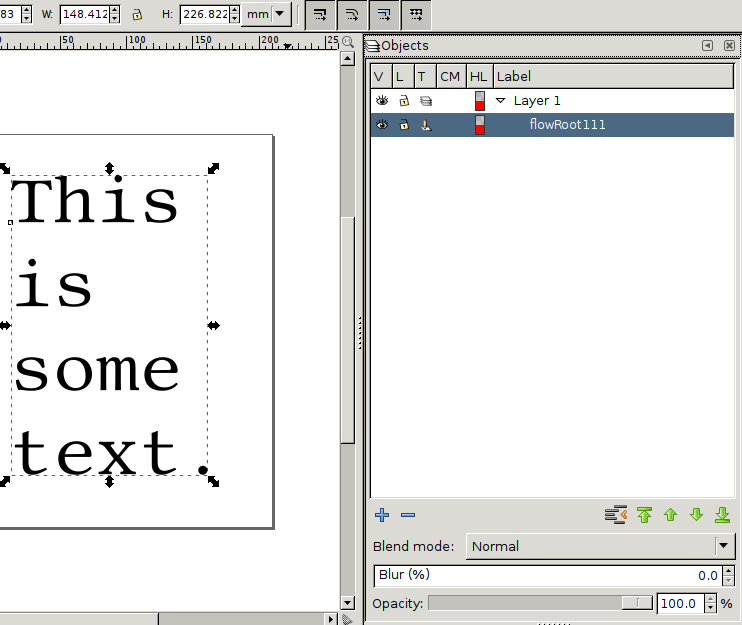 When typing text into inkscape, it is not automatically a vector format. Open the Objects dialog and note there is only one object.

When importing to RDWords, the file will be empty.

To make the text vector, select all and use the Path menu and select Object to Path.

When you open the Object dialog, you'll see a large number of paths. Each character inthe text is made of multiple strokes, which are paths, which is what is needed. 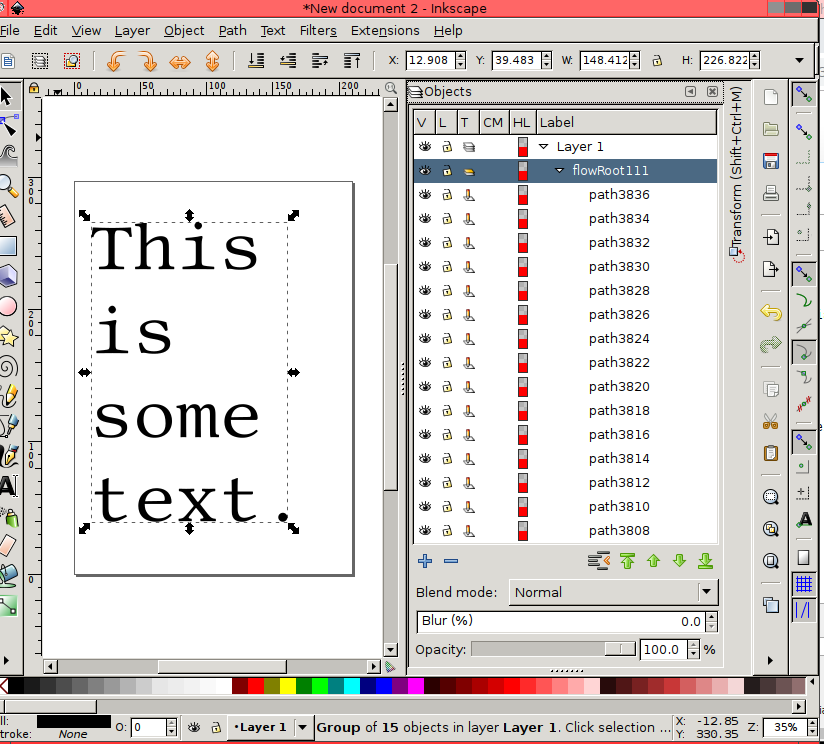 Now when the file is saved as a dxf and imported into RDWorks, RDWorks will see the text.

As raster image is created by coloring individual pixels, rather than saving the coordinates of lines like in a vector drawing. The most intensive way to transfer a raster to a vector is to load the raster into a layer and start tracing is with vectors. This can be the fasted method for finishing something, as the less intensive way is to run an algorithm and twiddle with parameters.

to make tracing easier, lower the opacity of the raster image so that the image is faded and the drawn lines show up darker.

Inkscape includes many effects, called filters. Some of these are algorithms which will run edge detection algorithms which attempt to create lines around the same contrast levels. Black and white is the easiest to see.

When trying to use a color image, it's best to make it black and white. Inkscape does this, but the image may not come out the way you want, as turning colors into black can make shapes bleed into each other.