We will transfer the NB logo on to the finish surface and then carefully and painstakingly route the NB logo into it. This will be a long process and will likely take the entire build night.

Depending on attendance, we will also start cutting the other parts for the table and labeling them for future use.

Here is how it went[edit]

So this seems apt: http://runningahackerspace.tumblr.com/post/100011722093/freehanding-because-you-dont-have-a-shopbot

The table top and substructure have been cut. It took a while, but we are ready to start turning this thing into a table. 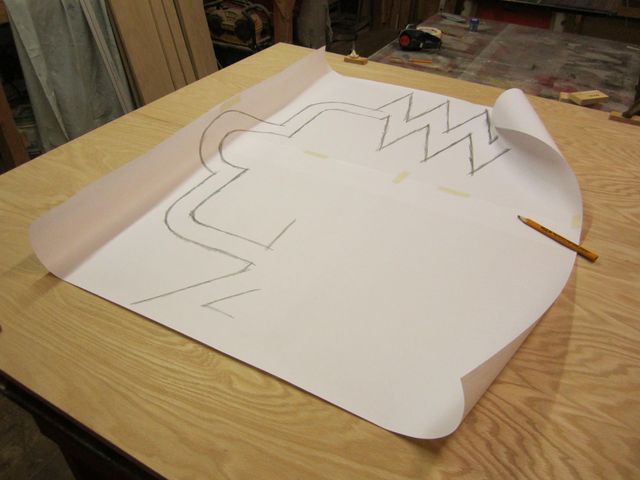 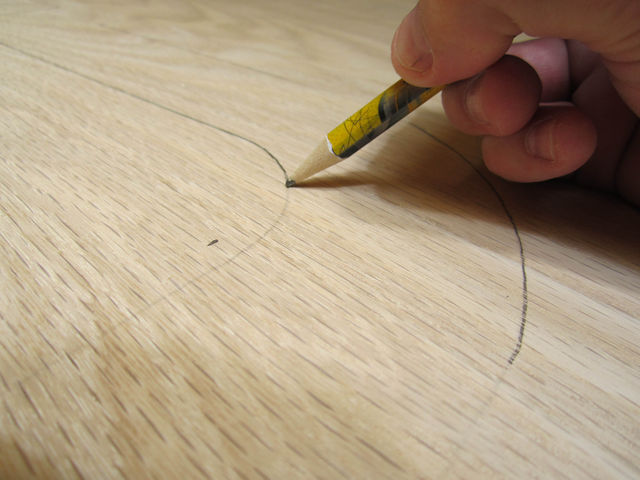 If we were painting the design on to the surface I would usually leave the line light. In this case I will be using it as a guide for the router, so being able to see the line well is important. I took the extra time to darken the line. 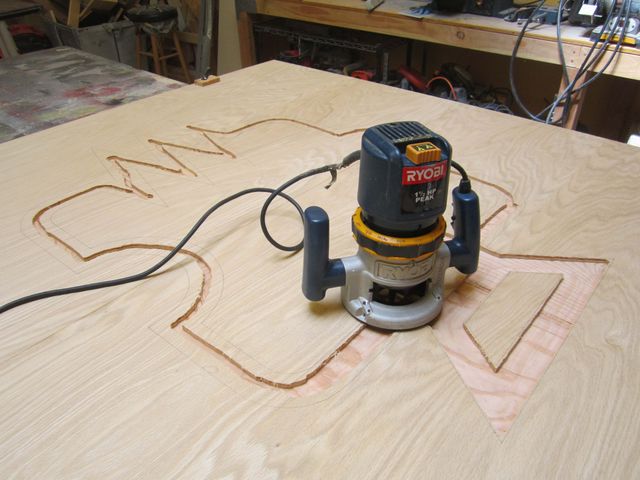 I cut a pass between the lines to start the channel. After this pass the rest of the cuts will to the relative right of the material to be cut so that the router bit cuts "down" into the material. 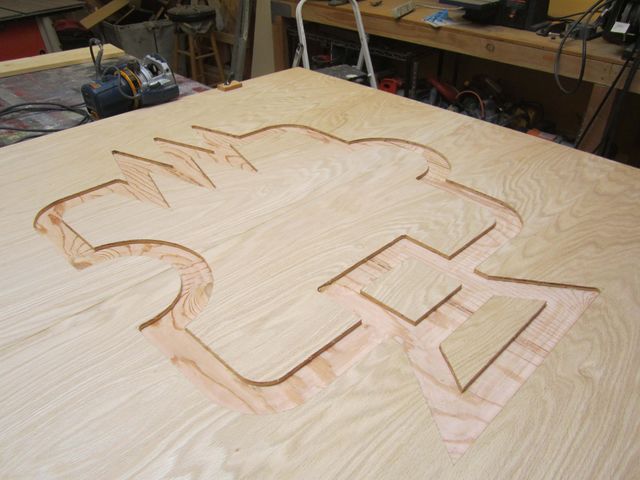 Hands are already getting tired.

Finally the first layer of cutting is done. I cut down 1/4" into the material. The rest of the passes will be done with a router bit that has a bearing on the top which will ride against the edge of this top cut; using it as a template. 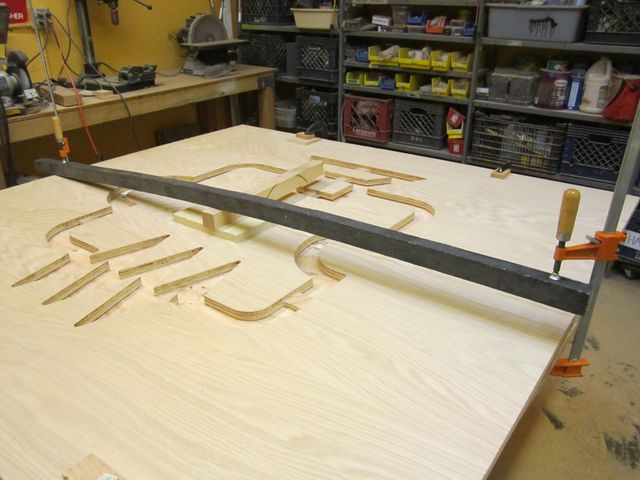 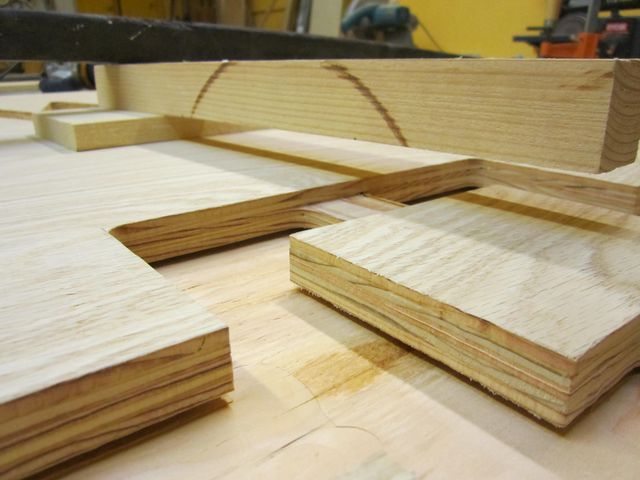 Leveraging the scraps in the wood shop

I clamped a 2x2 across the piece and used a smaller block of wood to push down on the center of the workpiece. This minimized the gap between the top plywood and the bottom. This clamp had to be re-positioned a few time to insure that the layers were being pressed together near where I was routing. 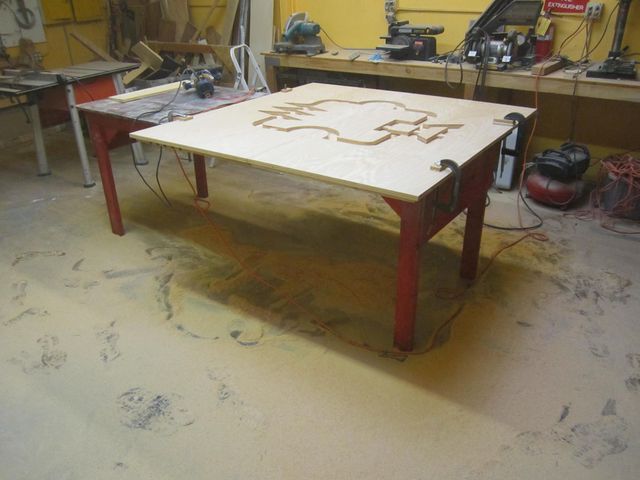 Also routing makes a big mess, be ready to sweep after any router work. 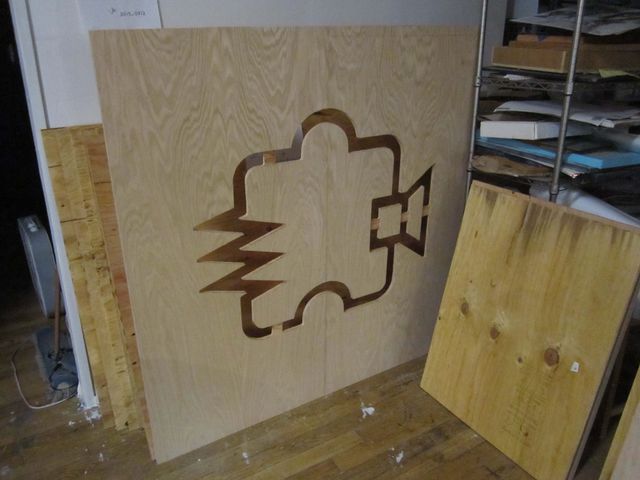 This went really well. The logo looks good and is just about ready for the resin. I just need to order it. 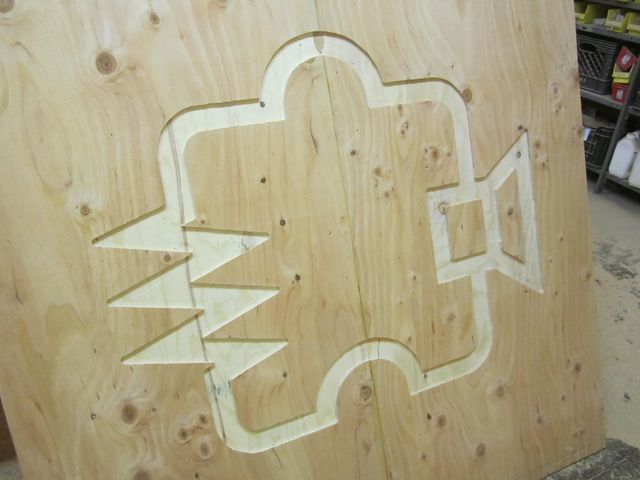 And our other contestant

Here is the star of the next phase of the project. This is the meat of the table. We are going to add sides, legs, and additional framing to this piece. It will hold the electronics and the rest of the electrical um.. stuff.