From Noisebridge
(Redirected from MargaretHamilton)
Jump to: navigation, search 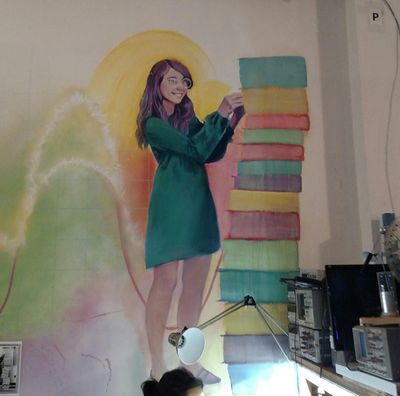 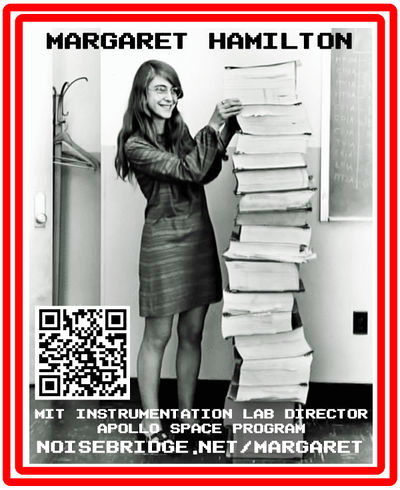 Margaret Heafield Hamilton (born August 17, 1936) is a computer scientist, systems engineer, and business owner. She was Director of the Software Engineering Division of the MIT Instrumentation Laboratory, which developed on-board flight software for the Apollo space program.

In 1986, she became the founder and CEO of Hamilton Technologies, Inc. in Cambridge, Massachusetts. The company was developed around the Universal Systems Language based on her paradigm of Development Before the Fact (DBTF) for systems and software design.

Hamilton has published over 130 papers, proceedings, and reports concerned with the 60 projects and six major programs in which she has been involved.

"Due to an error in the checklist manual, the rendezvous radar switch was placed in the wrong position. This caused it to send erroneous signals to the computer.

It then sent out an alarm, which meant to the astronaut, I'm overloaded with more tasks than I should be doing at this time and I'm going to keep only the more important tasks; i.e., the ones needed for landing ...

Actually, the computer was programmed to do more than recognize error conditions. A complete set of recovery programs was incorporated into the software. The software's action, in this case, was to eliminate lower priority tasks and re-establish the more important ones ... If the computer hadn't recognized this problem and taken recovery action, I doubt if Apollo 11 would have been the successful moon landing it was."

Hamilton popularized the term "software engineering", coined first by Anthony Oettinger. In this field she was one of those who developed the concepts of asynchronous software, priority scheduling, end-to-end testing, and human-in-the-loop decision capability, such as priority displays which then became the foundation for ultra reliable software design.