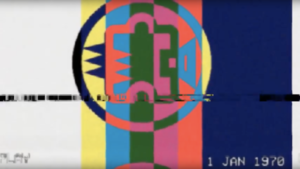 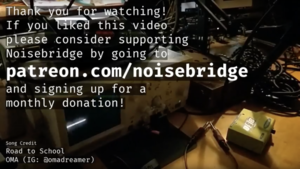 Noisebytes is a playlist on the Noisebridge YouTube channel intended for hosting short little videos about cool things at Noisebridge, including projects, quick little product demos, mini-tutorials, or whatever else you fancy.

Byte sized bits of Noisebridge for you to nybble on.

A Noisebyte is a short video that shows off a project, a good product, a tool, a how to, whatever you want.

Noisebytes have the following structure: 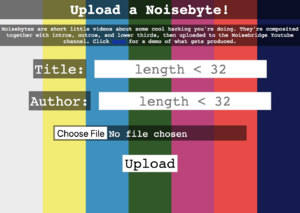 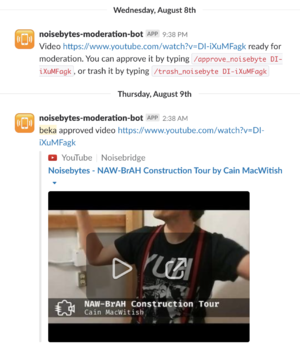 You do! Anyone can make new music for Noisebytes. Currently we only have one song that's played in the Outro, but if you'd like to add more, get in touch with the SocialMediaWG.

How to we prevent vandalism?[edit]

Noisebytes are moderated transparently via the #noisebytes channel on Slack. Every upload is mentioned there, and then someone in the channel can approve it or trash it. The person's username is logged in the channel so that people know who was responsible.

Noisebytes is maintained by the SocialMediaWG. It's currently hosted on pegasus but will soon be moved to the WG's own servers to avoid having too much stuff running locally in Noisebridge.