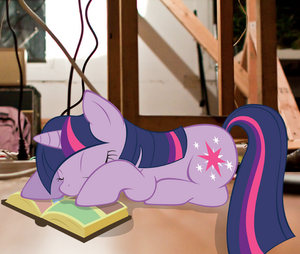 There's an ongoing problem with people sleeping at Noisebridge. This is a practice which is unacceptable to varying degrees depending on whom you ask. Although there is no clear consensus on how to deal with this, it is clear that some of the sleeping behavior is not excellent. But in the middle of the night, social pressure to be excellent wanes, and this is largely the only tool Noisebridge has for enforcing the One Rule. The Rooster Brigade is an observational effort to understand the nocturnal underbelly of the Noisebridge community and hopefully disseminate excellence beyond the midnight hour.

The Rooster Brigade maintains no official policy on how to wake or interact with people who are sleeping at Noisebridge. The only rule at Noisebridge is Be Excellent.

Past Members of the Brigade[edit]

06.13.2013 5 people sleeping in the library. 3 in Hackerstacker. Woke sleepers in library. User:hicksu

08.15.2013 Found 9 people sleeping at 8am. Kicked one gentleman out for good because of drug use and refusing to leave when asked earlier. I'm posting photos.

08.16.2013 Found 5 people sleeping, 3 others were awake but appear to have spent the night (sleeping) and were using the kitchen and bathroom when I arrived.