Dimensions (in inches) for the roof opening and base mounting box. As measured for the South skylight in the middle room.

The temporary fixes held up to a few days of weather, and today provided for a break in the weather for further maintenance.

The ends of the skylight frame were screwed in to the roof using self-tapping zinc coated screws. This was for the sewing room skylight that had come loose twice and was temporarily secured with bungees. 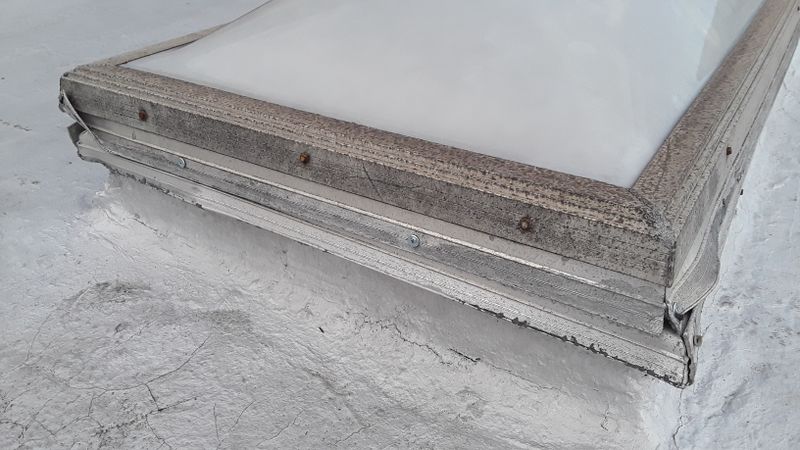 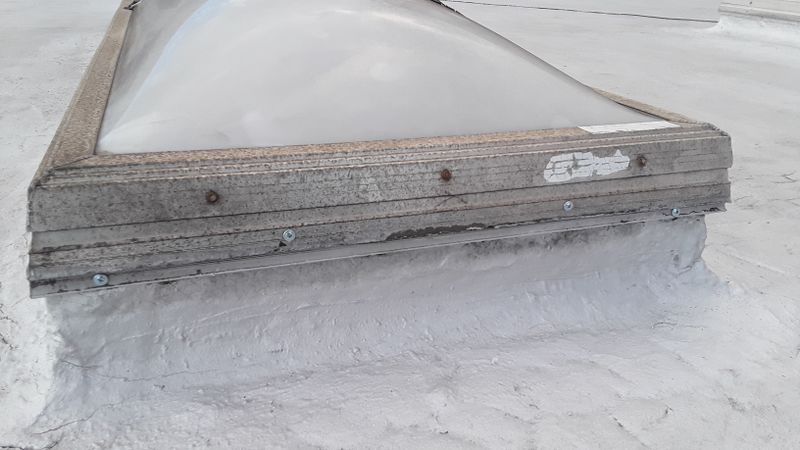 One end of the skylight was secured with screws the same as the sewing room skylight. The other end of the frame left a larger gap, and a interim wood spacer was used along with longer screws to secure the other end. Some spray paint was used to add some level of weather resistance to the wood. 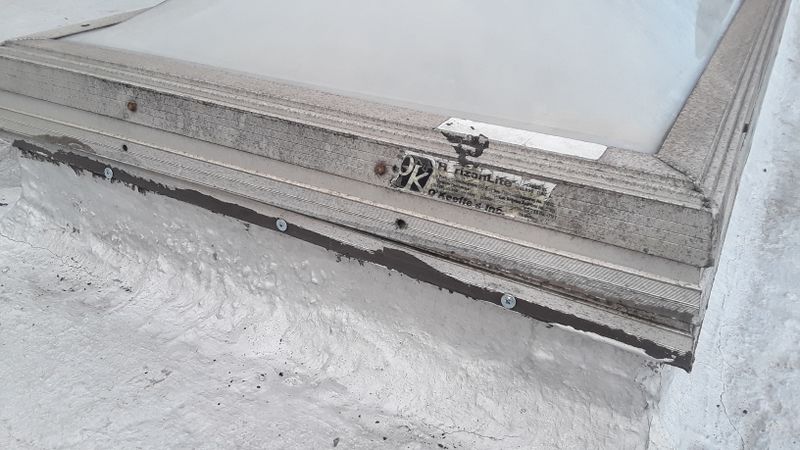 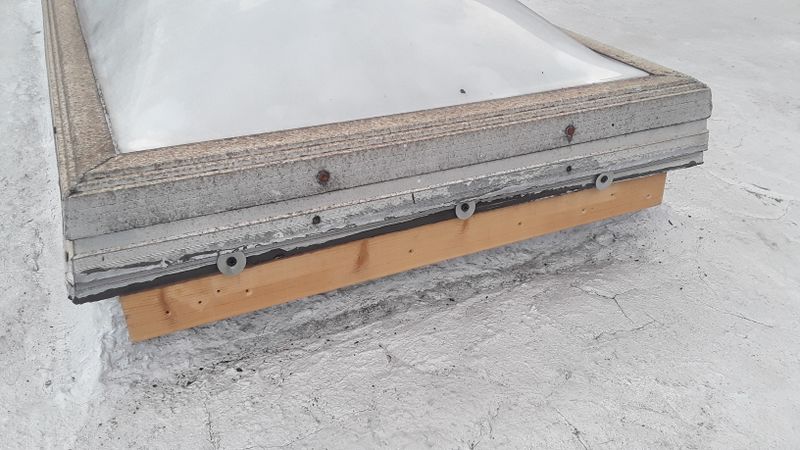 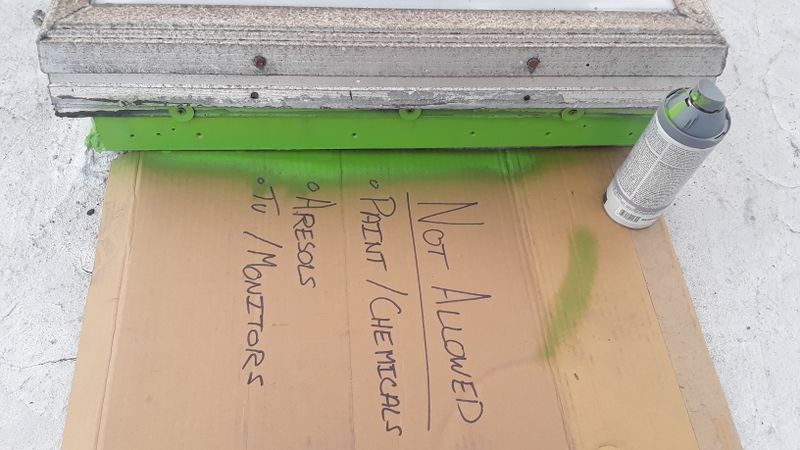 The skylight that had blown off in the electronics room was still in place, however the one that came loose in the sewing room was found ajar, and rain was falling directly in to the room creating a small puddle. This was mopped up and the skylight was put back in place and additionally temporarily secured with bungee cords and weights until a break in the storm would allow day light access and further repair. 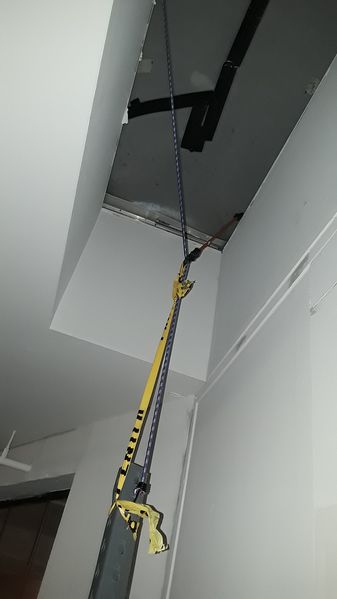 Two of the roof skylights were found blown off of their mounts on the roof, inspected and put back in place. 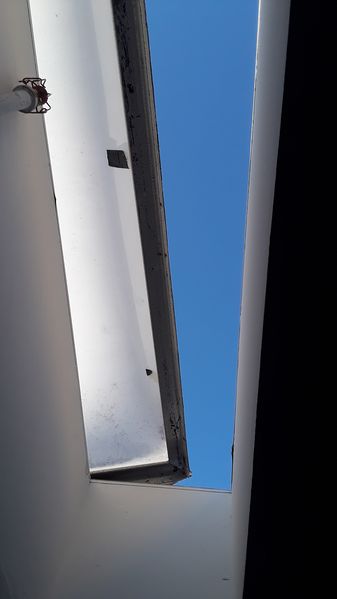 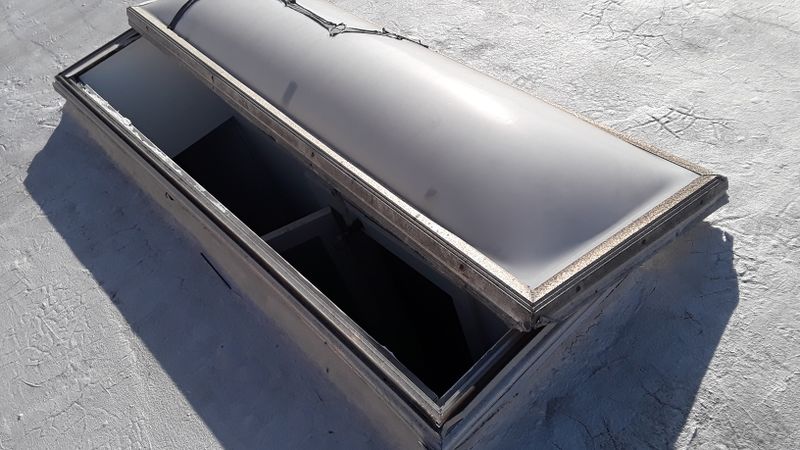 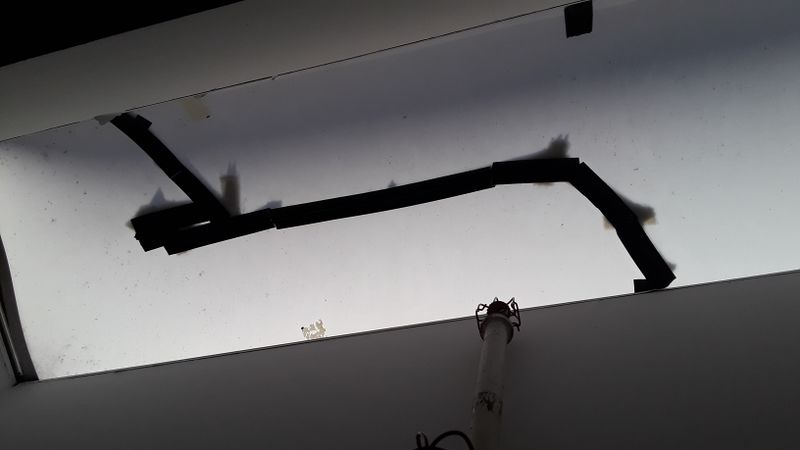 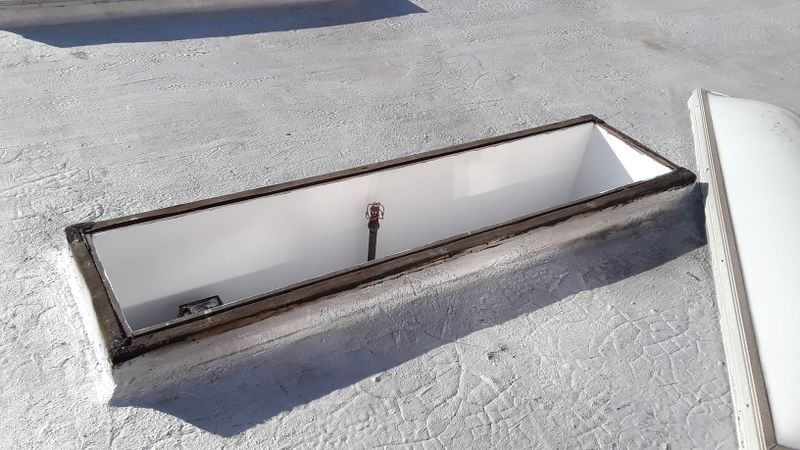 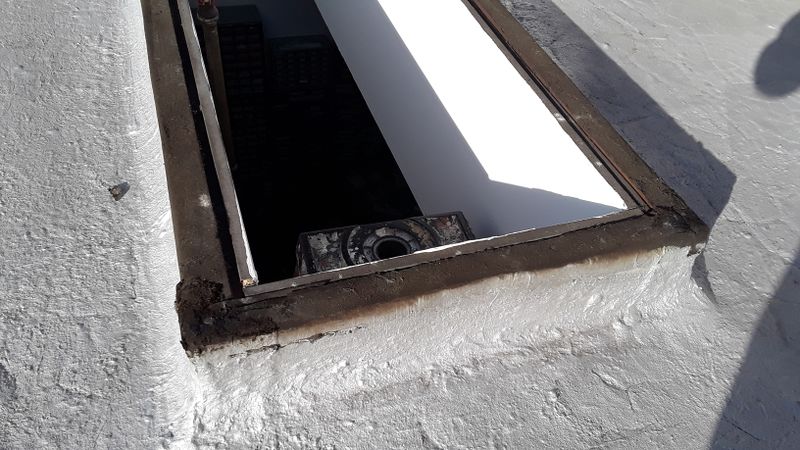 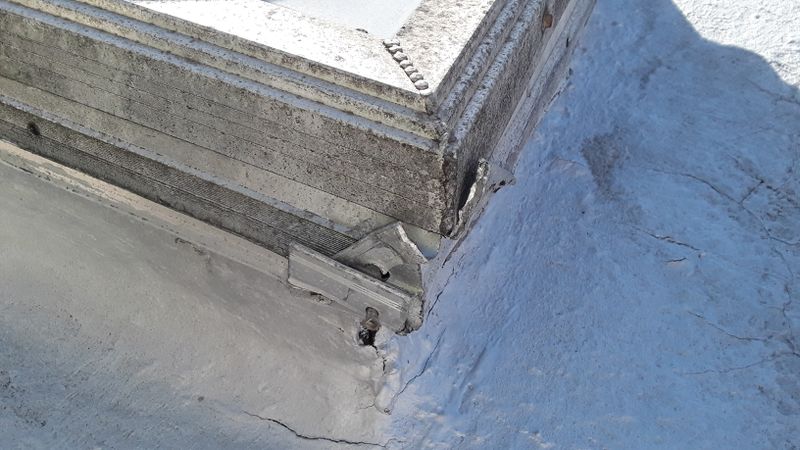