From Noisebridge
(Redirected from SpacebridgeAlpha)
Jump to navigation Jump to search

Observations on the broken alpha balloon

The Alpha payload consisted of:

All the above payload was housed in a styrofoam cooler. The OpenTracker+ was powered by a 9V Energizer lithium battery and supplied regulated power to the GPS. All other devices had internal Li-ion batteries.

The following images show vertical acceleration (onboard sensor) and vertical position (via GPS) of the space vehicle (SV) as a function of sample. The Android sample rate varies but was generally around 80 samples per second. Sample numbers correspond from sensor to sensor.

GPS tracking lagged behind actual ascent. There are two possible explanations for this. Either

There was a large dropout period between samples 2940000 and 3680000, presumably due to the extreme altitude. Descent began somewhere around sample 3250000 as estimated by curve-fitting the ascent and descent. Estimated maximum altitude is ~20000 m. Landing occurred approximately at sample 5520000.

IMPORTANT NOTE: there was some confusion as to readings being in feet or meters. This graph incorrectly identifies readings in meters, where they were actually taken in feet. The "meters" scale is correct if read in feet. The "feet" scale is meaningless. 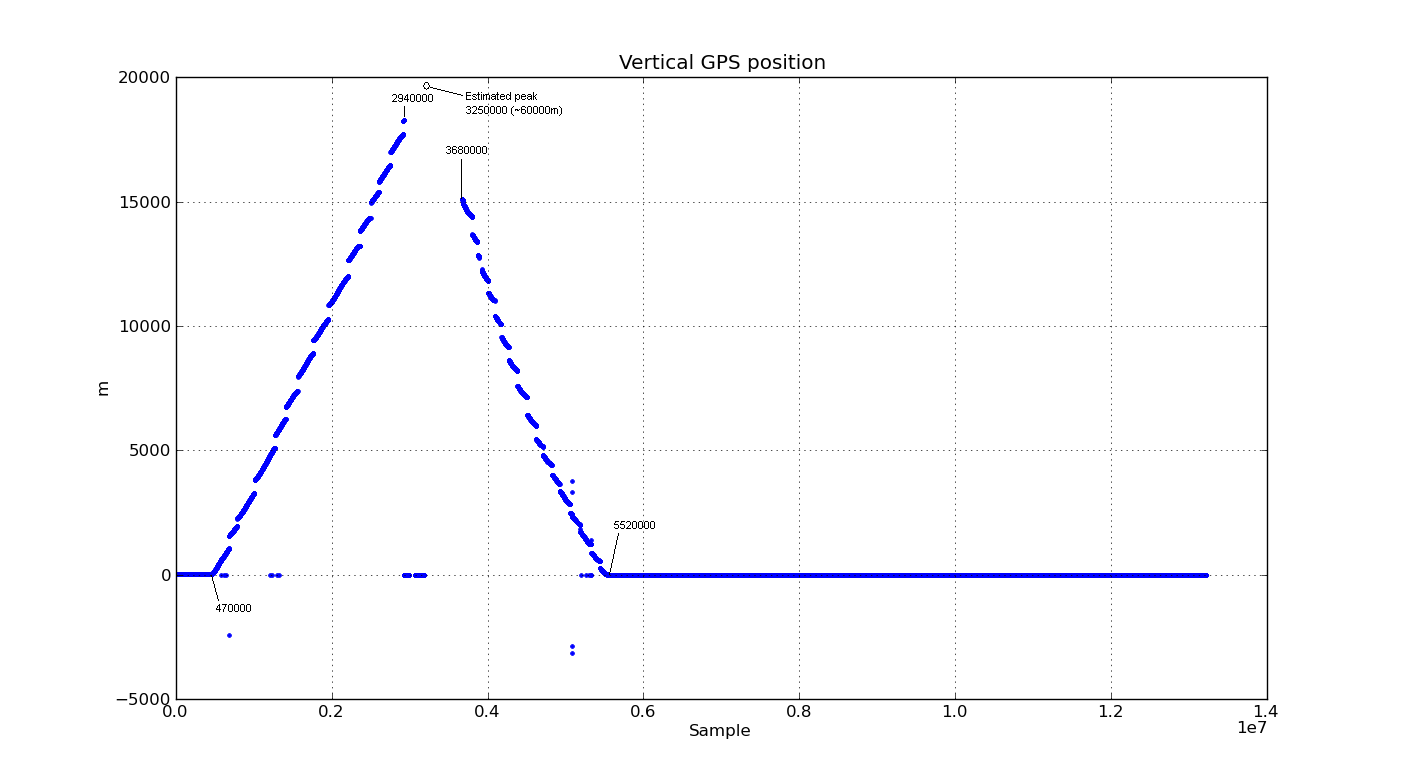 Acceleration starts out at 10 m2/s due to gravity. Jerk begins at sample 400000 due to payload handling, lining up nicely with the launch at 470000 shown by GPS. The SV continued to ascend until sample 3244710, which appears to indicate a pop. After this sample, the acceleration trends less than 10 m2/s and slowing, indicating a controlled fall. At sample 5460000, the sensor becomes inverted, as the impact of landing flips the payload (or at least the phone). This corresponds closely with the GPS recorded SV landing at sample 5520000. There was a very large spike at 6280000, from unknown causes. Finally, the payload was righted at 9300000. 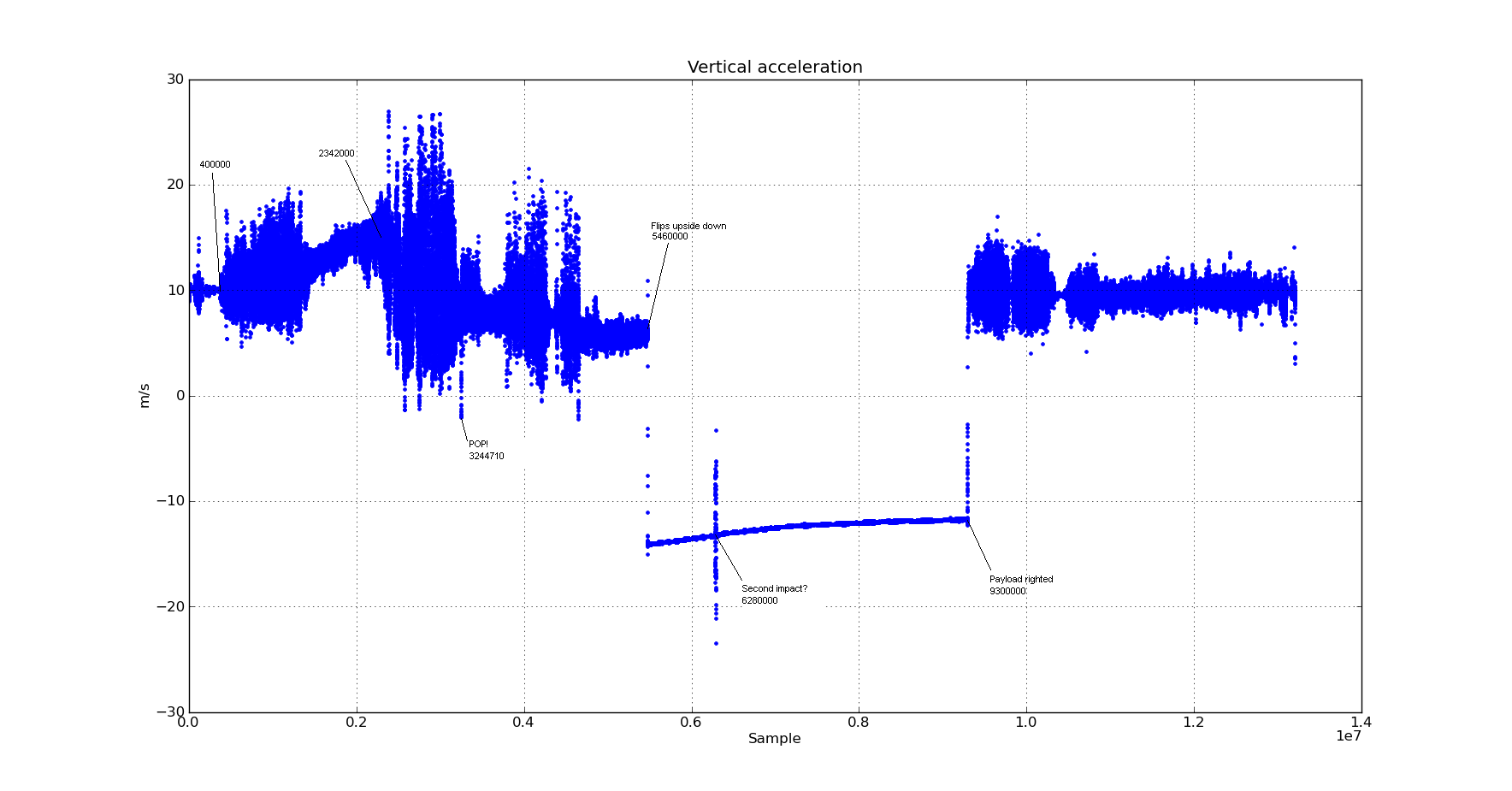